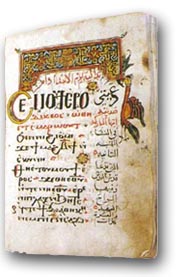 Coptic is the language of the Copts, the indigenous Egyptian Christians which represents the final stage of the ancient the Egyptian language. It is in use in the liturgical services of the Coptic Church.

Interested in typing in Coptic on your computer?
Learn Common Coptic Greetings 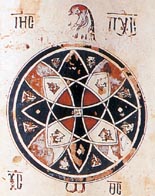 The present 32 letters of the Coptic Alphabet are derived from two sources; The first 25 letters are modified from the Greek alphabet (table 1); it should be remembered that the origin of these Greek letters can be traced back to the old Egyptian letters. Whereas the last 7 letters are a modification from Demotic letters (table 2).